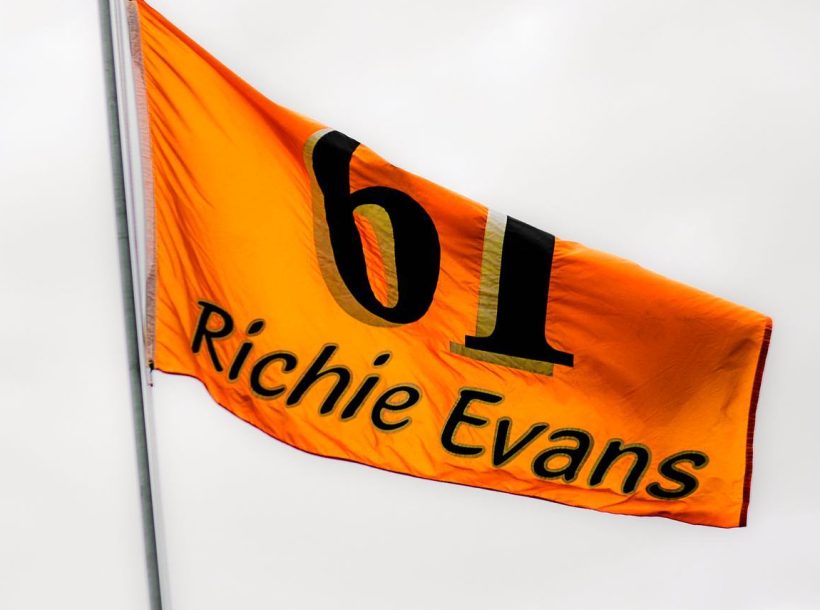 The ‘Richie Evans Remembered 61’ salutes Richie Evans, a 33-time winner at the ‘Home of Heroes’ during its days as an asphalt venue and a Rome, N.Y., native.

Evans went on to win nine NASCAR national Modified championships, including eight in row from 1978 to 1985.

Evans was just 44 years old when he tragically passed away after an accident during a practice session at Martinsville (Va.) Speedway.

Evans’ legacy lives on; in 2012 he was the first ‘short-track’ icon inducted into the NASCAR Hall of Fame in Charlotte, N.C. He was also named one of NASCAR’s ’50 Greatest Drivers’ in 1998.

“Winning this for the Evans family and Richie, his granddaughter there is best buds with Parker (Stewart’s son) … it’s pretty darn special to win this race,” proclaimed Utica-Rome’s all-time winningest Modified driver in Victory Lane a season ago.

Savannah, N.Y.’s Matt Sheppard was the runner-up in that race, following Friesen throughout the 61-lap affair after the pair drew the front row in the Beyea Custom Headers Redraw.

This year Sheppard leads the way at the ‘Home of Heroes’ with six feature wins to his credit to go with his series leading five STSS triumphs in the 2022 season.

Sheppard tops the River Valley Builders North Region contingent entering Round No. 7 of the $15,000 championship chase at his Friday night home track.