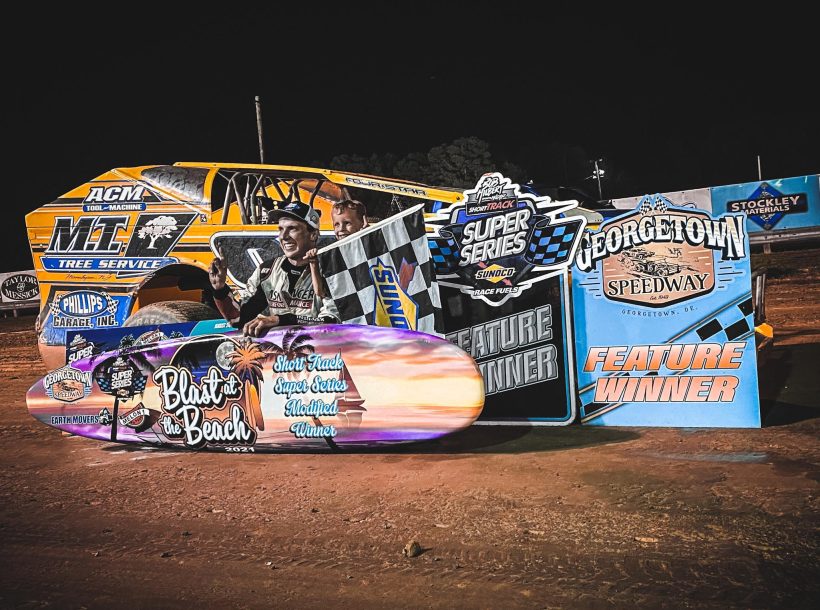 The ninth annual Melon 1 ‘Blast at the Beach’ takes place as the STSS big-block/small-block Modifieds race for 35-laps around the progressively banked half-mile in pursuit of a $6,000 payday.

The late-summer classic serves as Round No. 6 of the Hurlock Auto & Speed Supply South Region $15,000 championship series.

Godown maintains a 25-point advantage over Savannah, N.Y.’s Matt Sheppard, who won the most recent feature at Georgetown Speedway – a $12,000 triumph in the Gary Simpson Memorial ‘12K for the 12K’ on July 22.

The lead duo has distanced themselves from the rest of the South Region field, as Pipersville, Pa.’s Danny Bouc sits third, 94 markers off the pace set by Godown.

The STSS Crate 602 Sportsman join the program, taking part in Round No. 4 of the Belmont’s Garage South Region.

Fleetwood, Pa.’s Dylan Swinehart rounds out the top three, 65 markers behind Toth and just four behind Van Wickle for the runner-up spot.

STSS ‘BLAST AT THE BEACH’ RACE HISTORY: PAST EVENT WINNERS