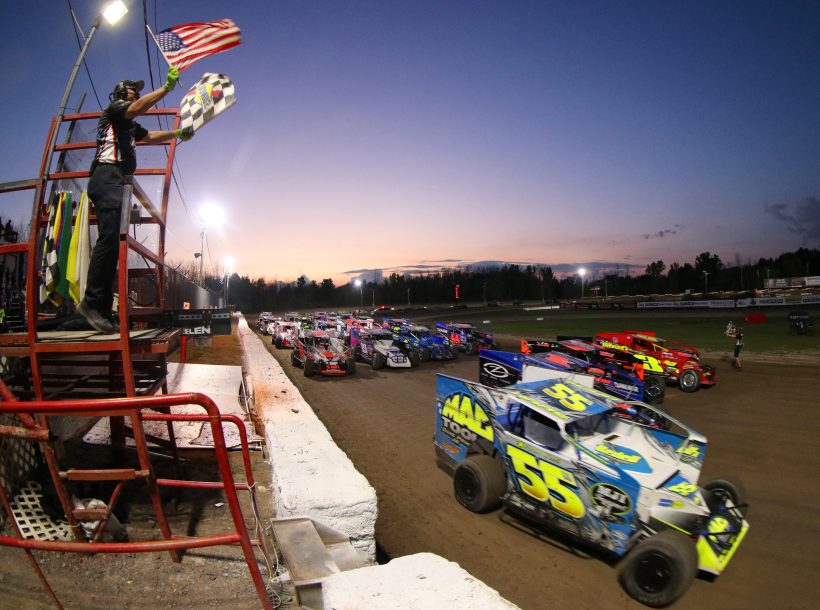 F.X. Caprara Car Companies presents the 29th running of the historic ‘New Yorker’ and the 18th running on dirt after the first 11 were contested on asphalt.

The ‘New Yorker’ serves as a points-paying race for both the Halmar International ‘Elite’ Series and the River Valley Builders North Region.

For the ‘Elite’ Series, the 50-lap affair is Round No. 3 of the six-race series with Ringoes, N.J.’s Ryan Godown atop the standings thus far.

The champion of the six-race series earns a $25,000 paycheck at the end of the year. The ‘Elite’ Series offers a $69,000 point fund distributed amongst the top-12 in the year end standings.

Savannah, N.Y.’s Matt Sheppard meanwhile sets the standard for the River Valley Builders North Region, leading by a healthy 60 points heading into Round No. 8 of the tour.

The Labor Day weekend special sits at a pivotal point in the season for both regions, as the ‘Elite’ Series hits the halfway point on the season, while the North Region has two races remaining following the ‘New Yorker.’

Two days prior to the ‘New Yorker 50,’ Utica-Rome Speedway hosts its Championship Night on Sept. 2, making it a full weekend of racing at the Route 5 oval.