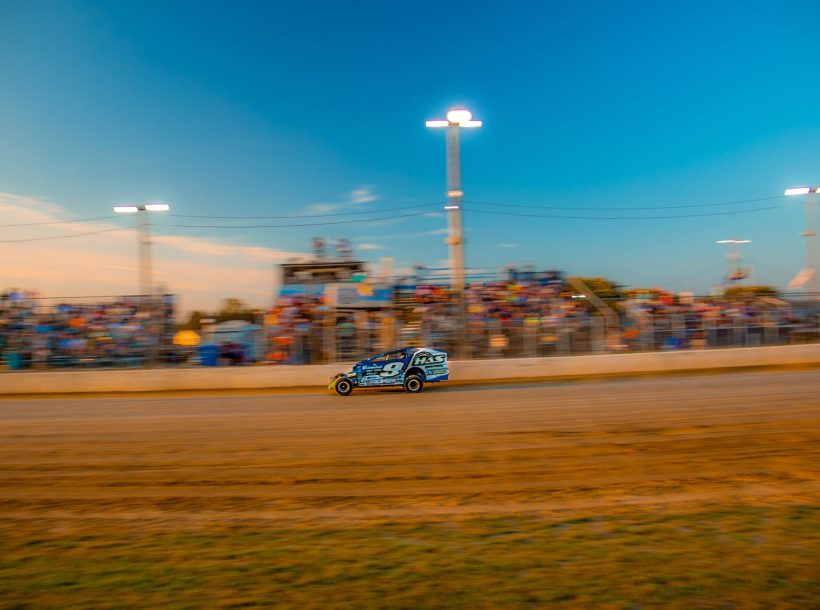 For the first time in more than one month, the Bob Hilbert Sportswear Short Track Super Series (STSS) Fueled By Sunoco goes green.

Tonight, the stars of the STSS take on a familiar venue in Georgetown Speedway for the first time in the 2022 season.

The season opening ‘Melvin L. Joseph Memorial’ was postponed to October due to inclement weather, making today’s ‘Blast at the Beach’ the first STSS visit of the season to the progressively banked half-mile.

Melon 1 & Sussex Diesel present tonight’s racing card, as the STSS big-block/small-block Modifieds prepare for 35-laps around the Sussex County half-mile in pursuit of a $6,000 payday.

Ringoes, N.J.’s Ryan Godown strengthened his banner season with his second STSS victory of the year at Bridgeport (N.J.) Motorsports Park back on July 26.

Georgetown Speedway will host the STSS for the 18th time in series history, by far the most of any racetrack since the series’ inception in 2014.

The STSS has a quick turnaround after tonight, with Round No. 3 of the Halmar International ‘Elite’ Series taking place just five days from now at Utica-Rome (N.Y.) Speedway for the ‘New Yorker 50.’

Milford, Del.’s Jordan Watson has been the man to beat at Georgetown Speedway in 2022, claiming victory in two of the three features thus far this season. Watson was the runner-up in his only non-victory. The Southern Delaware star will look for STSS career win No. 3 at the site of his two previous STSS triumphs, including the 2015 ‘Blast at the Beach.’

The only driver to top Jordan Watson this season at Georgetown Speedway was Matt Sheppard back on July 22 for the Gary Simpson Memorial ‘12K for the 12K.’ Sheppard has been a threat at every race he has entered in the 2022 season, including a series leading six STSS wins.

Frenchtown, N.J.’s Billy Pauch Jr. is one lap away from being a three-time defending ‘Blast at the Beach’ winner. The 2019 & 2021 winner of the event is in search of his third victory in the late summer classic in the last four years.

Branchburg, N.J.’s Ryan Krachun heads into Georgetown Speedway off his best career STSS finish. Krachun was the runner-up to Godown at Bridgeport, nearly stealing away the $5,000 victory in the late stages. Krachun will look to snap his bad luck streak at Georgetown with another strong STSS outing.

Ryan Watt is fresh off his best STSS finish of the season, taking home a fourth-place finish at Bridgeport after starting 18th. The Boyertown, Pa. native returns to the site of his 2017 ‘Melvin L. Joseph Memorial’ triumph looking to continue his momentum on the South Region tour.

The STSS Crate 602 Sportsman join the late summer affair, for a 25-lap trip around the half-mile with $1,500 up for grabs for the winner.

While the lead duo is separated by 61 markers, the drivers second thru 12th in the STSS Crate 602 Sportsman standings are separated by 60-points. Round No. 4 of the Belmont’s Garage South Region will be a pivotal race for positioning amongst the top ten in standings.

The Delmarva Chargers and Delaware Super Trucks join the program as well in 12-lap, features only events.

STSS ‘BLAST AT THE BEACH’ RACE HISTORY: PAST EVENT WINNERS