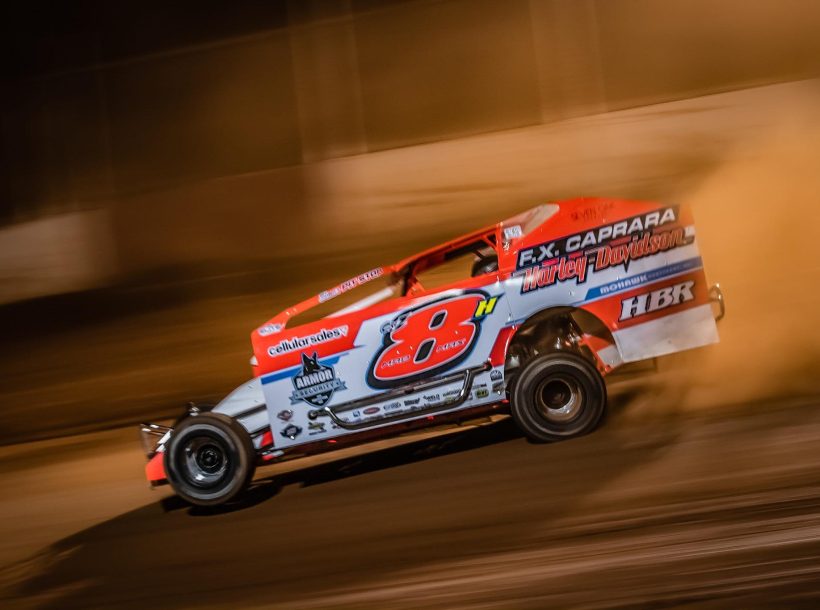 When the Bob Hilbert Sportswear Short Track Super Series (STSS) Fueled By Sunoco heads to Fonda Speedway for the ‘Fonda 200,’ major implications are on the line.

The 200-lap affair features the largest winner’s share in Modified racing at $53,000. A total purse nearing $140,000 will be distributed to competitors.

Heading into Round No. 4 of the Halmar International ‘Elite’ Series, the top-three drivers in the standings are within just two points of each other. Fourth-place in the standings sits just 15 markers behind.

Mooresville, N.C.’s Max McLaughlin (247 points) heads the ‘Elite’ Series standings on the heels of three top-10 finishes in the opening three races of the series.

McLaughlin has a runner-up and a pair of sixth-place finishes to his credit.

‘Mad Max’ holds a two-point advantage over a pair of drivers heading into the ‘Track of Champions.’

Ringoes, N.J.’s Ryan Godown (245) and Savannah, N.Y.’s Matt Sheppard (245) are the duo behind McLaughlin, both with an ‘Elite’ Series win to their credit.

Sheppard, on the other hand, started slowly with a 16th-place finish at Cherokee, before rebounding with back-to-back finishes inside the top two.

Sheppard picked up a win in the ‘Hard Clay Open’ at Orange County Fair Speedway in Middletown, N.Y., and was the runner-up at Utica-Rome Speedway in Vernon, N.Y., for the ‘New Yorker.’

Williamson is the third and final driver to finish inside the top-10 in all three ‘Elite’ Series races. After a 10th-place finish at Cherokee, Williamson finished third at Orange County and had a fifth-place run at Utica-Rome Speedway.

Phoenix, N.Y.’s Larry Wight (215) rounds out the top five in the standings, 37 markers behind McLaughlin.

After opening with a runner-up finish at Cherokee Speedway in the ‘Rebel 50,’ Wight struggled to a 12th-place run at Orange County Fair Speedway.

Wight and his team, however, kept their chances alive at Utica-Rome Speedway, replacing a rear end just in time to start the 50-lap feature and race his way to a 10th-place finish.

The ‘Fonda 200’ also takes the place of Round No. 9 of the River Valley Builders North Region, the penultimate race of the tour.