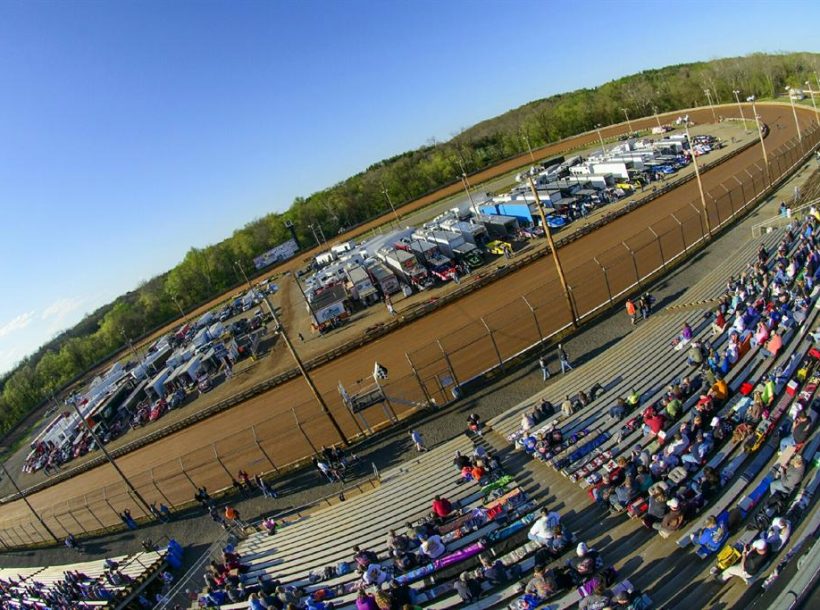 For the first time ever, the Bob Hilbert Sportswear Short Track Super Series (STSS) Fueled By Sunoco will head to Maryland’s Hagerstown Speedway to kick off the 2023 STSS Modified 10th anniversary campaign in the Northeast on Saturday, March 11.

The red clay of the super-wide half-mile oval will open the season for the newly revamped ‘Elite’ Series and the Rent Equip/Party Central South Region in 2023 with the ‘Mods in the Mid-Atlantic.’

“Brett (Hearn) had that place dialed in for sure. All those early March races he had a leg up with tires and knew what to bolt on his car,” recalled Stewart Friesen – the winningest driver in STSS history – of Hagerstown races of the past.

Twenty-nine different drivers have been victorious in Modified competition at Hagerstown. Hearn leads the way with an astounding 24 victories.

The annual ‘Octoberfest’ event held at Hagerstown Speedway was a marquee event in Modified racing from 1998 to 2011 before the event was nixed.

“It was a big deal going to that race. We used to like going because everything up here was closed by then,” defending STSS tri-champion Matt Sheppard said of the days of the Octoberfest race.

Sheppard was victorious on three occasions at the Washington County half-mile, with his most recent triumph coming in March of 2009.

Other familiar names to the STSS on the Hagerstown win list include Billy Decker, Rick Laubach, Andy Bachetti, and Jeff Strunk.

“I was excited when I first heard about going to Hagerstown,” proclaimed three-time series champion Ryan Watt. “I used to really like going there. When we raced at night the track was really wide and fast. You could race all the way around the top.

“I used to have a lot of fun going there,” explained Sheppard. “When we raced there 15-20 years ago it was always smooth and when it got slick it was really racy.”

“It’s a big, fast awesome racetrack,” spouted Friesen. “We only raced there a handful of times back in the day but I’m really looking forward to getting back there and I think it’s a cool place for the STSS to go to.

“For us, whenever we’d travel South and drive by the place, we always talked about how cool it would be to get back there,” Friesen added.

While all three drivers agreed on their excitement to return to the half-mile, they all had different comparisons from their days in the past.

“It reminds me a lot of Selinsgrove (Speedway in Pa.) in the way you get around it,” Watt reckoned.

Sheppard’s comparison was to a different Central Pennsylvania track. “I think of a Port Royal but maybe a little bit flatter. If it slicks off, it’ll be a lot like Port Royal to me.”

Another major talking point for the drivers was the difference between the racecars of today compared to the 2000s.

“I hadn’t even really thought about it, but it’s definitely going to be different with the new suspensions in these cars,” pondered Sheppard. “It’s going to make it a wild card; similar to Cherokee (Gaffney, S.C.) Speedway last year.”

“I’m confident in the package our team has to go anywhere but it will definitely be different than it was when we went back in the day,” Friesen confidently said.

The STSS Crate 602 Sportsman will join the program in the season opener for the Belmont’s Garage South Region.

“We used to race there and stay the weekend for Quarter Midget races with Logan (Watt). Now Logan gets to come race on the big track which will be pretty cool,” Ryan Watt said of his son, Logan Watt, racing with the STSS Crate 602 Sportsman at Hagerstown.